In response to rising infection rates of the Novel Coronavirus (COVID-19) in Japan and abroad, prioritising everyone's health and safety, we have decided to not accept any reservations this year.
Please consider our service again next year.
Tsugaru Hirosaki 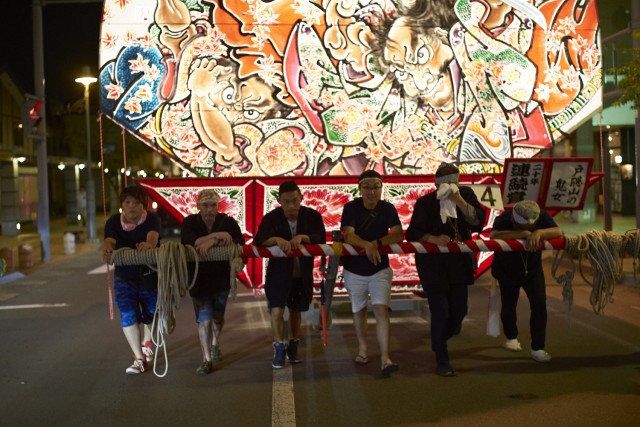 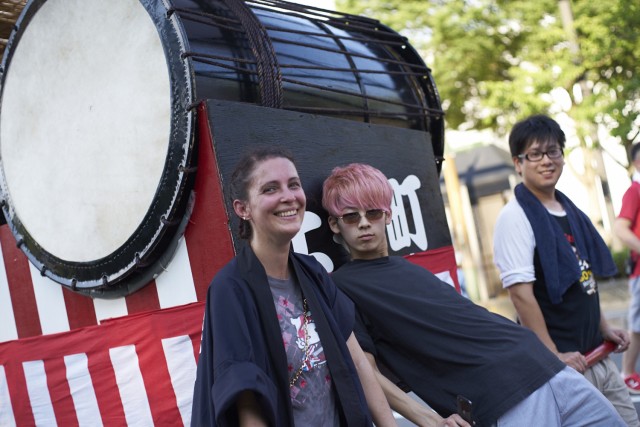 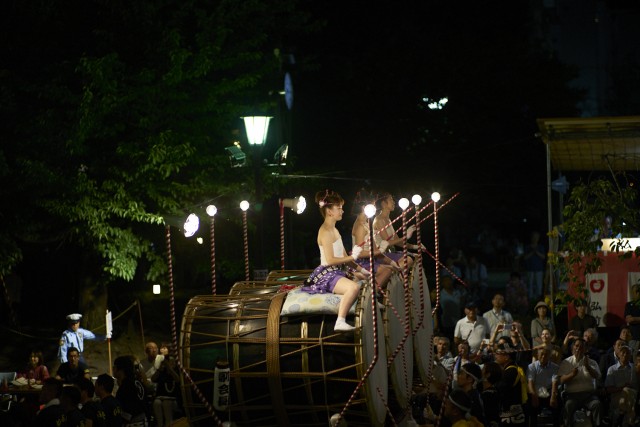 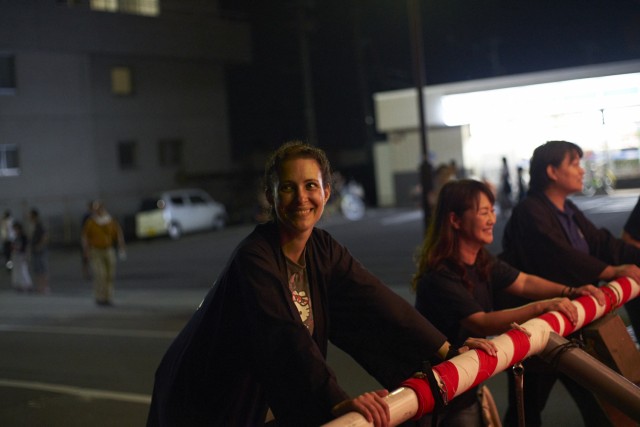 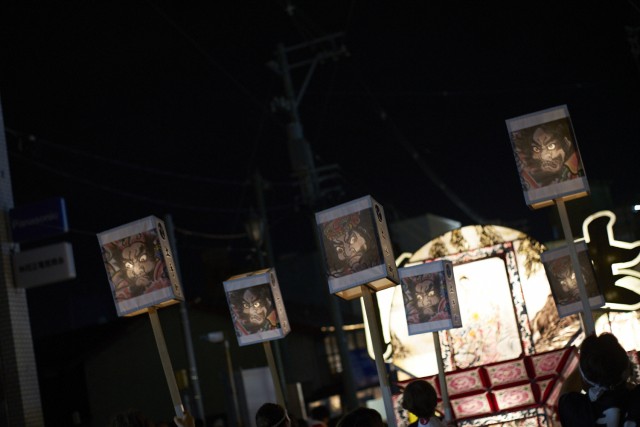 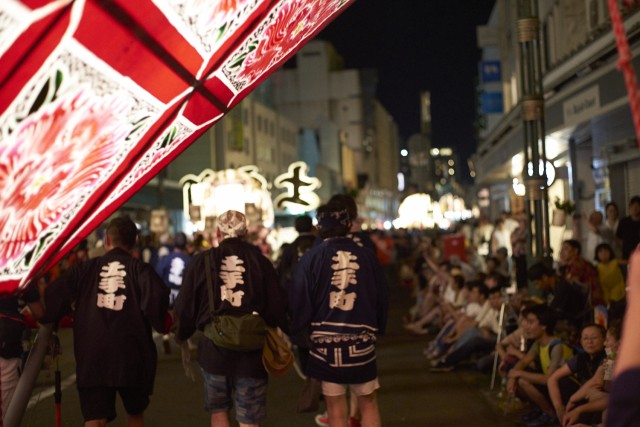 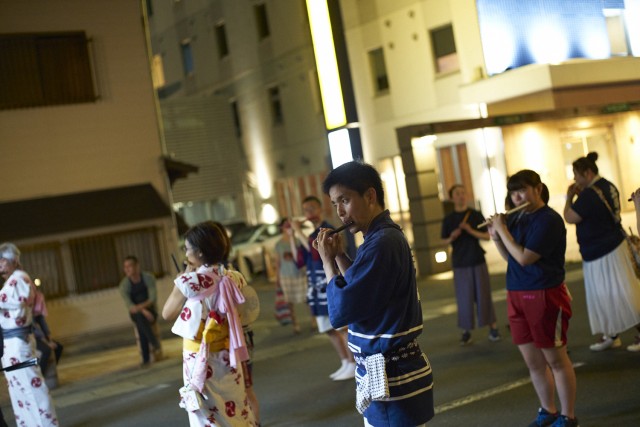 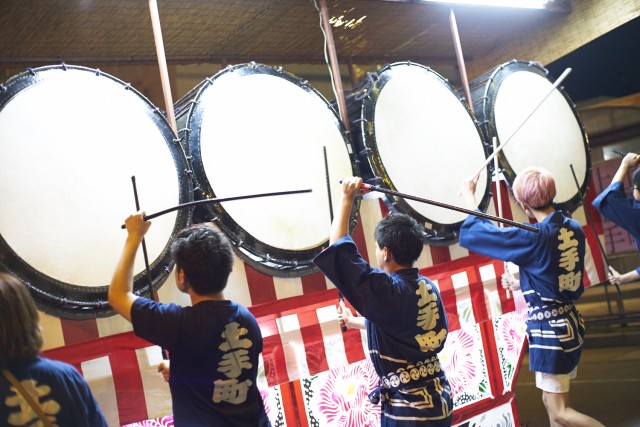 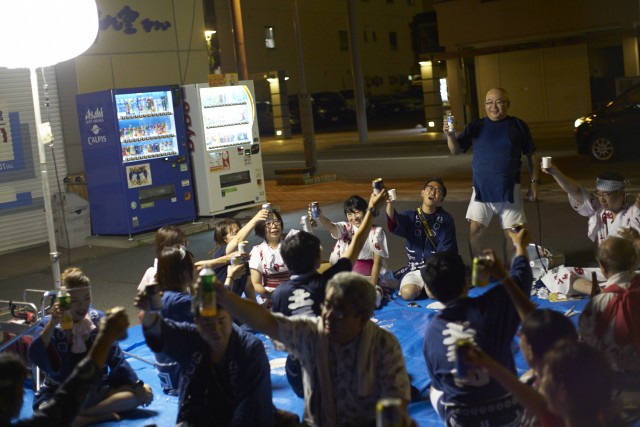 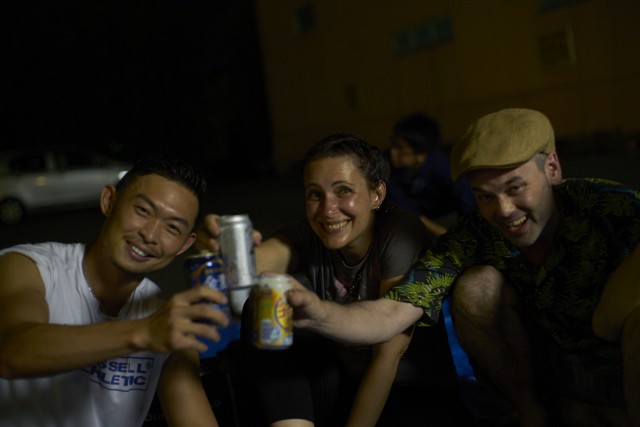 - Join the festival by parading a giant “Neputa” float with a local festival team!
- Wear the same festival costume as the locals!
- Attract the attention of the large crowd that lines the streets
- After the parade, join a wrap-up party with the locals! Toast together with canned beer!
- Come in T-shirts, shorts and sneakers.
* You can purchase optional work tabi (split-toed cloth shoes with rubber soles) toe-socks and half-crotch Japanese shorts to lift your costume game and look just like one of the locals!

［Neputa operation system & possible positions］
The number of people involved in the parading of each Neputa float can exceed 200 in cases of the extra large floats. The members of each team share several roles when parading the Neputa.
During this program, you will experience one of the following roles marked with "#".

* Float operation manager…A conductor and director who manages the entire operation while carrying lanterns printed with the names of the represented town and/or organization.
* Aidori…the person in charge of directing the Neputa float to avoid obstacles

* Large paper lantern…The person who walks at the front of the procession with a tall lantern printed with the name of the town or group.
* Ceremonial staff handler…The role of walking with a long ceremonial staff, making sound as the staff hits the ground.
# Hand-held Neputa carrier…Hold a small Neputa lantern in your hand, usually in the shape of a square, fan or and goldfish.
* Front Neputa…The role of pushing along a smaller Neputa float in front of the main large Neputa float.
# Neputa (rope) …A group of 10 to 20 people who hold a rope connected to the main body of the main float to tow it along.
# Neputa (Body) …Push / apply brakes to stop the main Neputa from the position directly below the main body of the float.
* Taiko…A group of taiko drummers that follow behind the main Neputa float, controlling the rhythm of the festival music.
* Ohayashi…The role of playing the flute and handrail gong
* Kawarikuji…The director who selects the songs played by the Neputa musicians.

Number Of Participants Only 1-10 persons / per day

* What is NEPUTA／NEBUTA？
Why not discover ‘behind the scenes’ of Aomori at an event only seen during the first week of August? Every year from August 1 to 7, the people of Aomori Prefecture focus everything on one event – the ‘Neputa’ (or Nebuta) festival! Those from Aomori City typically call it ‘Nebuta’ and those from Hirosaki call it ‘Neputa’. By the way, ‘Neputa’ is a convenient word that refers to both the majestic floats of the festival as well as the festival as a whole – it’s a little complicated, isn’t it? 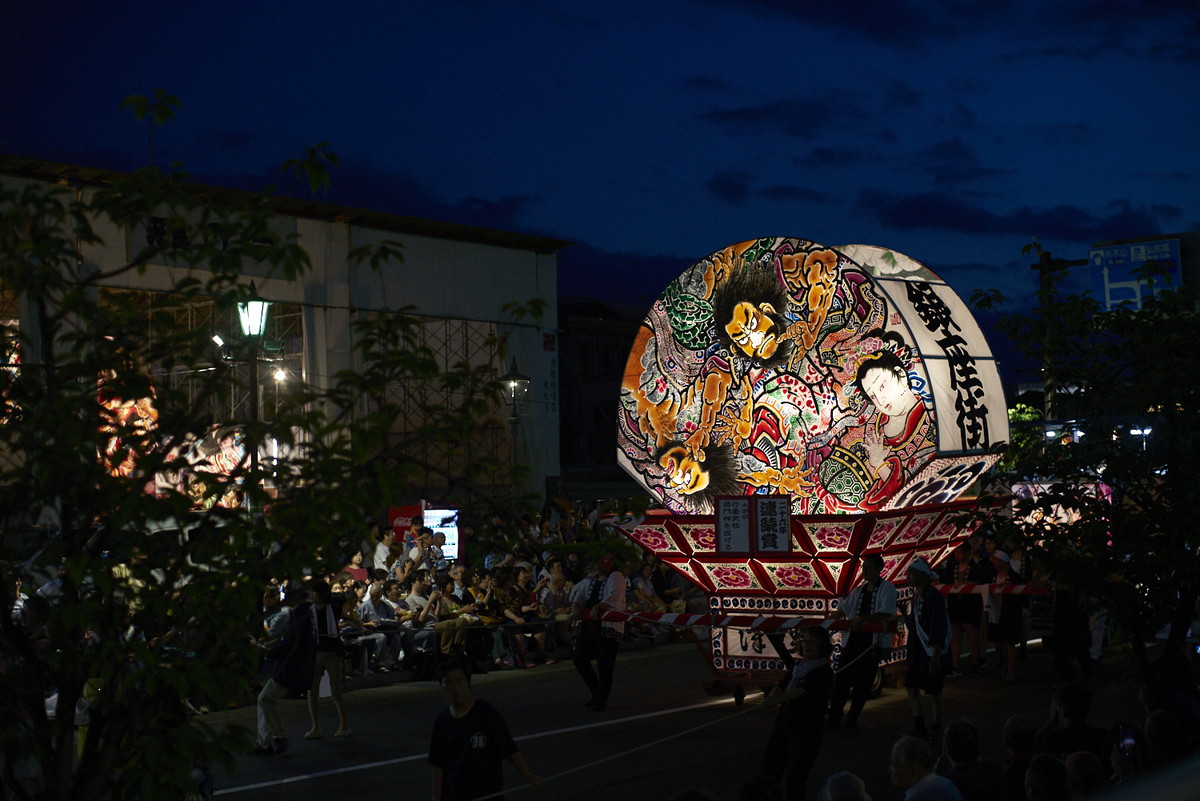 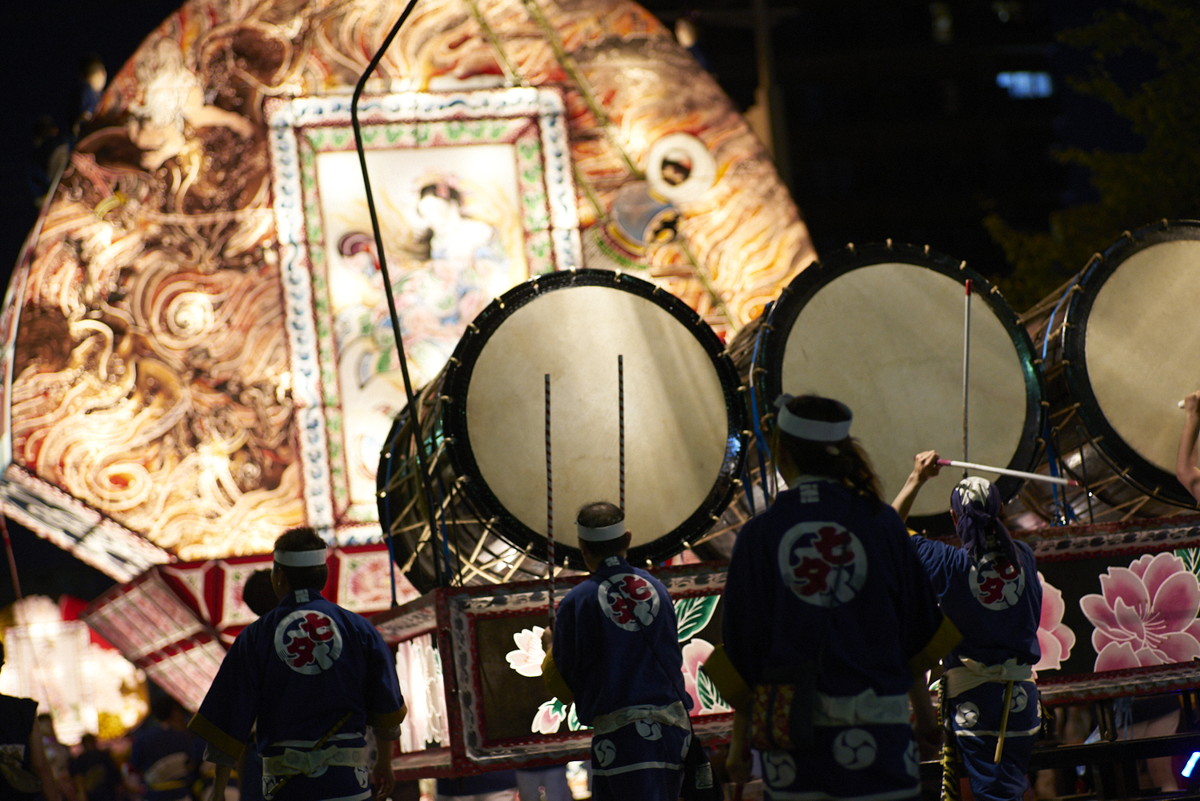 * Features of the Hirosaki Neputa
There are two main types of floats, fan-shaped and figure-shaped. In Hirosaki City, the majority of floats are fan-shaped. On the front side of the big fan you will find a colorful painting of a brave warrior scene from "Sangokushi, Three Kingdoms" or "Suikoden, The Water Margin" folktales, while the other side is often drawn with a bewitching beauty. The contrast of the two scenes is one of the main attractions of Hirosaki Neputa. Another unique feature of the Hirosaki Neputa is the call of ‘Ya-ya-dou’ that is cried out by the participants as they pull the floats slowly along. 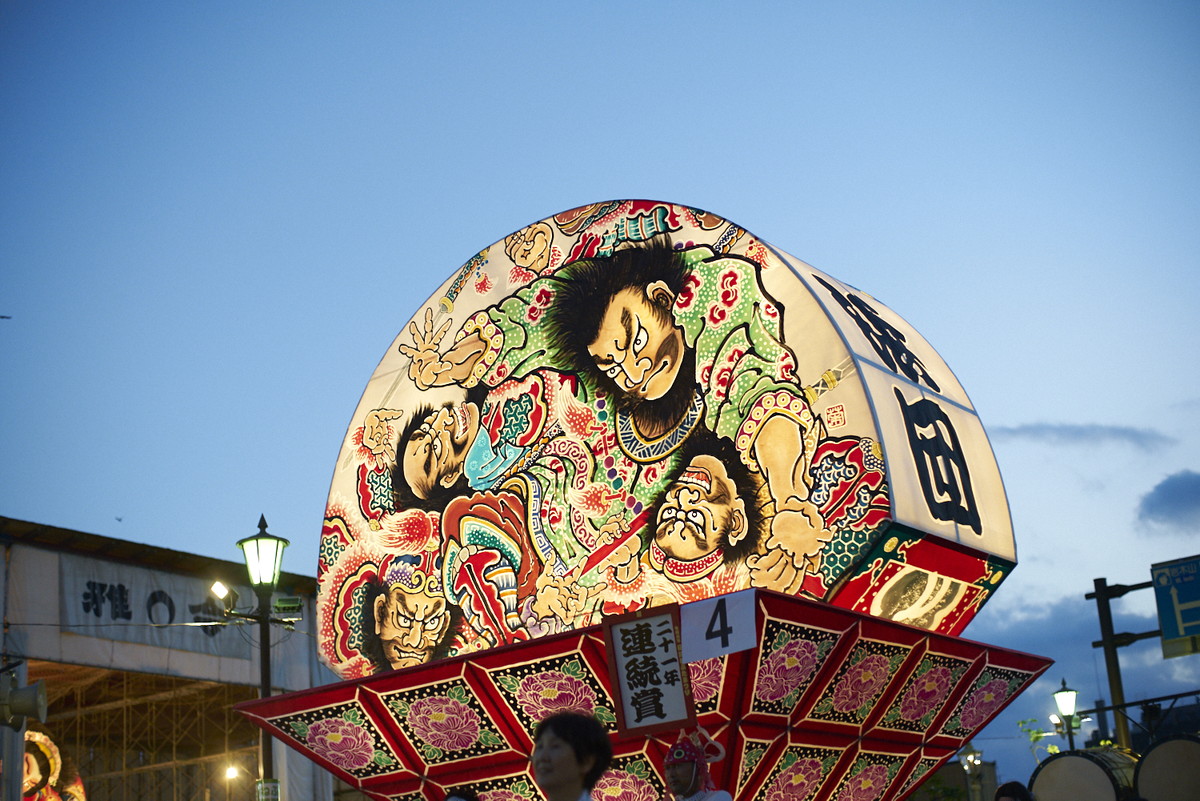 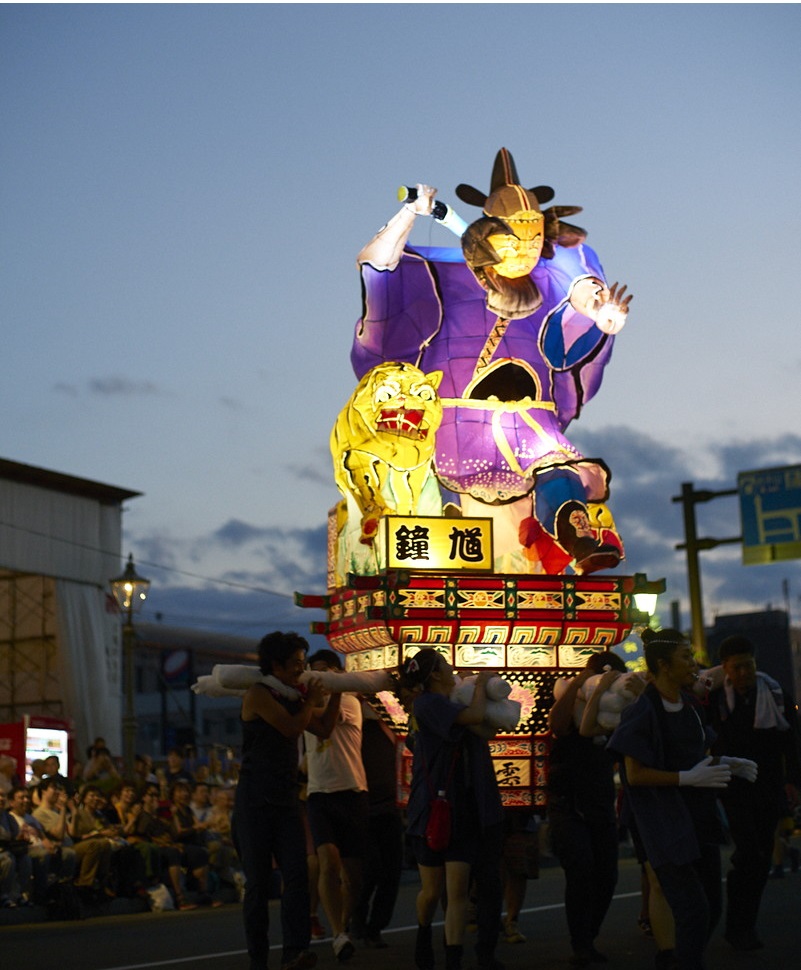 * Origin of the NEPUTA festival
There are various theories about the origin of "Neputa", but it was originally an event held by Aomori farmers. It is believed that the "Neputa" festival serves the function of resting the body and opening the mind after the hard farm labor of Spring, in preparation for the coming Autumn harvest.
It might be a foreign concept for many, but in countryside Japan it is said that lazy habits and drowsiness of summer are evils that would hinder the Autumn harvest. To keep them at bay, this event has been held during the Tanabata festival in rural areas since ancient times. In the local Tsugaru dialect, "I want to sleep" is pronounced "Nepute", but overtime this word changed to "Neputa", and became the name of the event itself. Unlike many other Japanese festivals, "Neputa" is not a festival or ritual associated with a shrine or temple, but an event occurring among the common people. Prayers for a bountiful harvest and protection from catastrophes and disease are entrusted to the Neputa instead of praying to God. This annual event is an important source of energy and encouragement for the people of Aomori.

* NEPUTA is the soul of the AOMORI people!
This event brings together the local people in their shared hope for a bountiful Autumn to overcome the long, cold winter. For the Aomori people, "Neputa" is not only their soul and spirit, but it is maybe even Aomori itself. Oh, it is also a unique characteristic of Neputa that visitors can join-in the action! Why not take this rare chance to discover ‘behind the scenes’of Aomori – something you usually wouldn’t even catch a glimpse of?

18:30〜18:50 Move to Neputa float
(about 10min) on foot.
Our staff will guide you to the starting position of the Neputa parade.

21:00〜22:00 Wrap-up party with the locals
Party with everyone who participated in the parade, enjoying some canned beer and snacks!

* Not included
- Transport
- any hotel accommodation
- Rain gear
** Any additional meals and drinks
** ything not included in the above 'included' list
** Optional basement socks, five-finger socks, and half-crotch pulling are optional.

* During the parade
- As this is an experience only available through the courtesy of local festival groups, please communicate and conduct yourself with consideration and gratitude.
- The Neputa floats are large and heavy. Please pay careful attention so as not to get injured.
- Please notify staff immediately if you are experiencing any trouble or feel unwell.
- Please notify the staff when you are thirsty and they will provide mineral water.

* Wrap-up party
Whilst some alcohol drinks such as canned beer and soft drinks are included in the ticket price, the number of drinks is limited so please enjoy in moderation. The same applies for snacks
that will also be provided.

* In case of rain
If the event itself is canceled, half the ticket price will be refunded at a later date.
In the case of rain, the parade may still go ahead with participants wearing rain gear.
You will not receive a refund if you do not participate at your own will.

* If you are late
-The Neputa parade will start on time. If you are late for the meeting time for unavoidable reasons, please call the emergency contact number (to be notified later).

* If the minimum number of participants is not met the event will be cancelled. 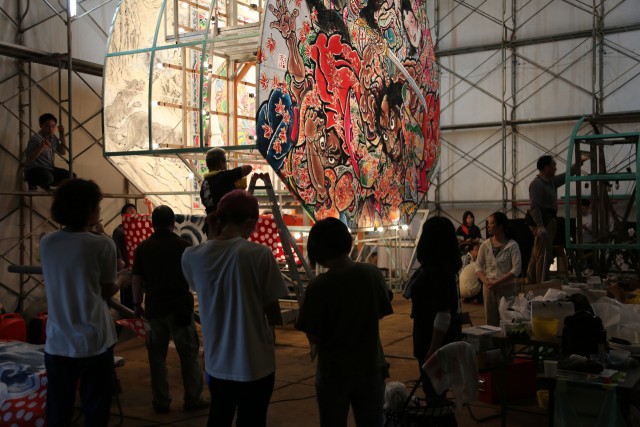 Experience 'behind the scenes' of a festival! Ｗitness the Hirosaki Neputa floats come to life!

The giant fan-shaped "Neputa" floats can reach close to 10m in height! It takes local festival organizations around a month to construct a "Neputa" float and this experience program will let you participate in the ritual when the floats are bought to life! The Hirosaki Neputa Festival takes place over 6 days. One the eve before the first day, experience the rituals of the lighting ceremony, as locals pray for safety during the festival and perform Matoi dances for protection from fire etc. When the signal is given and the giant floats are lit-up, it really feels as if a giant creature has come alive – it will give you chills! After the ceremony, participate in a “Naorai” after party, drinking the ceremonial sake with the locals! Oh, and if you’re lucky, this is the only time during the festival where you might have the chance to participate in taiko drumming practice for the festival music - don't miss your chance! 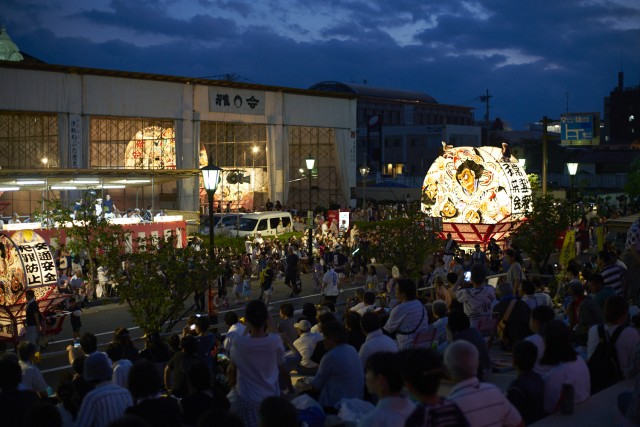 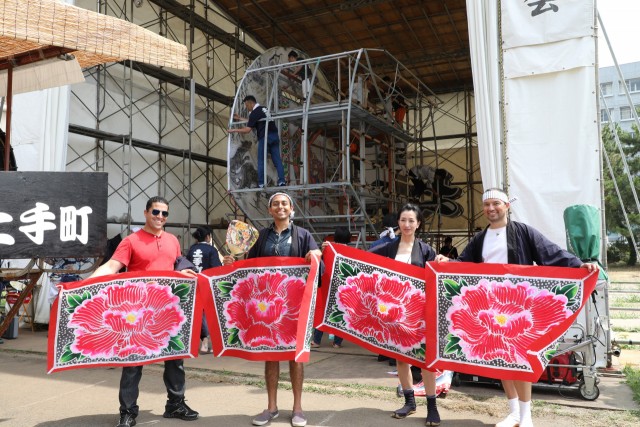 Experience 'behind the scenes' of a festival! Neputa float dismantling experience…take a piece of Neputa home!

The giant fan-shaped "Neputa" floats can reach close to 10m in height! It takes local festival organizations around a month to construct a "Neputa" float, which is then paraded around the streets of Hirosaki for seven days before being dismantled after the final day of the festival period. This experience program will allow you to join the ‘hagasu’ element of the dismantling, when the painted washi rice-paper that covers the floats is carefully cut and peeled off. Gradually peel away the pictures of brave warriors, the bewitching beauty and even decorative clouds and lotus flowers, part-by-part. What’s more! You can even take home the picture of clouds and lotus that you cut off the Neputa yourself. Keeping a part of a real Neputa float that was actually paraded in the festival for seven days will surely make for a lasting memory!